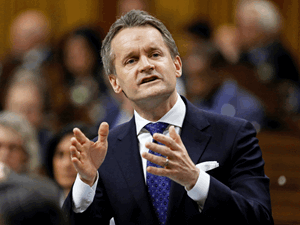 With the Canadian pipeline giant and Michigan Governor Gretchen Whitmer locked in a legal battle over the state’s efforts to decommission Enbridge’s Line 5, Canadian Natural Resources Minister Seamus O’Regan said he has reached out to all levels of government in the U.S. Legislators on both sides of the border have also held over 20 meetings to seek an agreement. He declined to say what Canada would do if a court orders the line to be shut.

“We have signaled very clearly that this is nonnegotiable,” O’Regan said in an interview. “We have made our case extremely clear directly to the President of the United States.”

Tensions over cross-border energy projects have cast a shadow over the relationship between Biden and Trudeau. While the two leaders share many of the same values and have pledged to collaborate on the fight against climate change, they remain divided on the role of oil and gas in transitioning to a greener economy. On his first day in office, Biden canceled the permit for TC Energy Corp.’s Keystone XL pipeline, which would have transported over 800,000 barrels a day of crude from oil-rich Alberta to refineries in the U.S.

“Line 5 is very different from Keystone XL and we fully support it, and we will defend it,” O’Regan said. “We made our case with Republicans as well as Democrats.”

A mediation in the dispute between Michigan and Enbridge is scheduled to start on April 16.

Originally built in 1953, Line 5 ships as many as 540,000 barrels a day of oil and natural gas liquids and serves as a key energy provider in Michigan, Ontario and Quebec. Its shutdown would disrupt jet fuel supplies for international airports in Toronto and Detroit.

To address concerns over a potential spill, Calgary-based Enbridge is building a tunnel for the pipeline under the Straits of Mackinac between Michigan’s upper and lower peninsulas. In a recent interview, Chief Executive Officer Al Monaco argued the tunnel project is exactly the kind of infrastructure upgrade Biden is pushing for, and said that Enbridge is also lobbying the U.S. government on the matter.

Scientists and environmentalists have raised concerns about the aging pipeline’s possible impact on the environment. A 2016 study from the University of Michigan found an oil spill could devastate as much as 700 miles (1,126 kilometers) of shoreline around Lake Michigan and Lake Huron.

The Canadian minister said he’s “very clear-eyed” about the alternative to the pipeline, which he predicts would see thousands of long-haul trucks on a major highway between Canada and the U.S. The oil and gas “will get to market but I don’t think that’s in anyone’s best interest.”

Despite their divisions on pipelines, O’Regan stressed that the Biden and Trudeau administrations agree on most issues. The U.S. and Canada are currently working on a joint initiative to lower emissions and coordinate climate policy.

“I don’t want to take away too much from the fact that we are so well aligned with this administration on just about every front,” added the minister, who is from the eastern province of Newfoundland and Labrador.

Canada’s mining wealth is another important part of O’Regan’s portfolio as natural resources minister. Western allies are concerned about China’s domination in the critical minerals and rare earths, which are used to produce everything from batteries and cellphones to computers and solar panels.

“Where we have seen some developments of critical minerals in the U.S. and in Canada, the Chinese have flooded the market and those operations have no longer been tenable, so we have to work with the Americans and with the European Union on this as well to make sure that we have a secure and profitable supply line,” the minister said.

Canada is looking to position itself as an alternative supplier given its vast mineral resources. The government created a list of 31 minerals found in Canada to attract investor interest in its mining sector. The U.S. and Canada are working together to develop a cross-border plan on critical minerals, according to the minister.

“You are going to see some significant movement between Canada and the U.S. on critical minerals,” he said. “I’d say watch this space.”