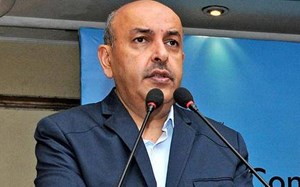 MOSCOW (Bloomberg) --India has reiterated its call to OPEC+ to increase oil production from April as the alliance meets this week to discuss future steps.

“Artificial cuts to keep the price going up is not something we support,” Tarun Kapoor, secretary at India’s Ministry of Petroleum and Natural Gas, told reporters in Moscow on Wednesday at the opening ceremony of India’s energy center.

It’s not the first time India, one of the biggest buyers of the producer group’s crude, has urged the Organization of Exporting Petroleum Countries and its partners to pump more oil. In January, when Saudi Arabia surprised the market with a voluntary production cut of 1 million barrels a day in February and March, Indian oil and gas minister Dharmendra Pradhan said such policy “contradiction” is “creating confusion for the consuming countries.” Higher crude prices amid the OPEC+ deal were also harming the global economic recovery, Pradhan said last month.

The 23-nation coalition continues to idle just over 7 million barrels of daily output -- about 7% of global supply -- and on Thursday will decide whether to revive a 500,000-barrel tranche in April. In addition, the Saudis will confirm whether an extra 1 million barrels they’ve recently taken offline will return as scheduled.

Crude prices rallied to pre-pandemic levels at the end of February, buoyed by the rapid drawdown of stockpiles and U.S. production being impacted by severe winter storms.

While the market expects that the coalition, led by Saudi Arabia and Russia, will agree to an increase in production, the pace of recovery in output remains unclear.