Login / Free Trial / Subscribe / Advertise
Home / News / Despite some turbulence, global oil demand is on the route to recovery

Despite some turbulence, global oil demand is on the route to recovery 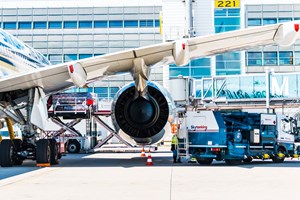 LONDON (Bloomberg) - Even as problems with Europe’s vaccine program and a slowdown in Chinese crude buying sent futures down more than 7% on Thursday, data from around the world showed a steady, albeit patchy, recovery in demand.

A year ago, idled jetliners were parked wing-tip to wing-tip on airport taxiways as a raging virus kept billions of people at home. Today, U.S. airports are the busiest since the pandemic started and flight attendants are returning from furlough.

These steps back toward normality from one of the industries hit hardest by Covid-19 is just one of many signs that the world is starting to move again. Consumption of gasoline, diesel and jet fuel are at the highest in more than a year.

The market’s jitters may still be justified. A renewed lockdown in Italy showed that any gains can be quickly lost if the spread of the virus accelerates again. Yet things are likely to keep improving through the summer, traditionally the peak period for oil demand. 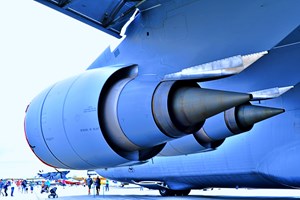 Commercial flights are making a comeback as vaccination counts rise.

Global oil demand, which plunged as much as 30% during the worst of the pandemic lockdowns last March and April, is now back at about 95% of the pre-Covid high of just over 100 million barrels a day hit in 2019, according to the International Energy Agency. Together with aggressive output cuts from the OPEC+ alliance of oil exporters, that’s helped a revival in prices of more than 20% this year -- even after Thursday’s slump.

Commercial flights are back at two-thirds of comparable pre-Covid levels, the most activity since air traffic slumped a year ago, according to data from Flightradar24. In the U.S., foot traffic in airports has picked up, with a run of over 1 million daily passengers for eight straight days ending on Thursday -- something that hasn’t happened since the pandemic started.

In another indication of renewed optimism about travel, the flow of gasoline and diesel from refineries on the U.S. Gulf Coast to Mexican ports accelerated from February into March as the Latin American country’s resorts prepared for an influx of tourists over spring break, according to shipping data compiled by Bloomberg.

In China, air-passenger volumes climbed to 23.9 million trips in February, nearly three times the level of a year earlier, when the initial stages of the pandemic had grounded most of the country’s jets, according to the local civil aviation administration.

But it’s a long road to full recovery for the market. Europe’s air traffic has been higher than forecast, but is still languishing at about a third of pre-pandemic levels,

“Even with the rapid mass distribution of the vaccine, it will require months for borders to fully open,” Paravaikkarasu said. “Given the cautious approach to reinstating international flights, Asia’s jet fuel demand should only recover to pre-pandemic levels by 2023.” 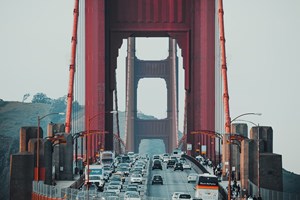 Californians are taking to the roads at pre-pandemic rates.

Goin’ back to Cali

Road traffic from southern California into Las Vegas returned to pre-pandemic levels this quarter, probably because people who would previously have flown are now driving to the city for their gambling getaways, according to a report from Bloomberg Intelligence analyst Brian Egger.

That’s reflective of a broader rebound in passenger travel across the U.S. After a year of getting pummeled by the coronavirus, retail gasoline sales rose last week to just 1% below year-ago levels, Patrick DeHaan, head of petroleum analysis at GasBuddy, said on Twitter.

More granular data shows a patchy recovery in driving. Morning rush-hour traffic delays in U.S. cities from New York and Washington DC to San Francisco have been rising since the beginning of the year, but remain less than half as long as they were on average in 2019, according to data from location-technology specialist TomTom NV.

Total vehicle miles traveled on U.S. highways in the week ended March 14 were down 9% from a year earlier, according to data from the Department of Transportation.

People are still working remotely so “there will be a little bit of a hit to the commute,” Phillips 66 Economist Horace Hobbs said at IHS Markit Ltd.’s virtual CERAWeek conference earlier this month. On the flip-side “folks are going out to the national parks and the state parks for road trips this year. That sort of popped up out of nowhere and uses a lot of gasoline.”

Demand growth in Latin America has been constrained by slow vaccination progress and widespread infections in the region’s two largest economies, Brazil and Mexico. 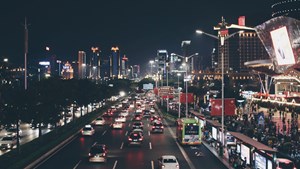 Road traffic in China is recovering as well

Many European drivers are still staying at home. Road journeys during London’s peak morning commute are now taking longer than they did on average at the same time in 2019, while in Paris and Berlin delays are back at more than 70% of pre-pandemic levels.

But in Madrid, congestion is still at less than 60% of comparable 2019 levels, while delays in Rome have fallen back to just a quarter of those experienced before the pandemic.

“Traffic levels collapsed in parts of Italy as the government reimposed travel restrictions to contain the latest wave of Covid infections,” according to a report from BloombergNEF. “The recovery continues, however, in the U.K. and Germany.”

China continues to lead Asia’s rebound. Morning rush-hour delays from Beijing and Shanghai to Wuhan and Chongqing are longer than average 2019 levels for the same time of day, TomTom data show. Gasoline usage was 3.2% higher in those months, extending a run above pre-Covid levels, according to consultant SIA Energy.

Some countries, notably Japan and South Korea, are lagging that revival. Japan’s gasoline demand may drop 2% to 3% in 2021, Tsutomu Sugimori, head of the Petroleum Association of Japan said last month. Refiners in South Korea and Taiwan have been operating well below capacity amid weak domestic and exports demand, and minuscule processing margins.

“Although the recovery in gasoline demand has stagnated somewhat due to the recent increase in Covid-19 cases in some countries, pent-up travel demand should lead to a boom in domestic leisure trips during the summer season,” said FGE’s Paravaikkarasu. 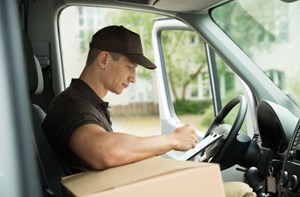 U.S. demand for diesel for trucking remains well above spring 2020 levels as homebound Americans favor online shopping and delivery. Trucking mileage in the week ended March 14 was up 6% from a year earlier, according to the Department of Transportation. The volume of distillate fuels supplied to the market rose to the highest since December 2019 in the week to March 5, according to the Department of Energy.

In China, a similar trend emerged as people chose to stay at home during New Year celebrations instead of visiting their families. The postal service collected and delivered over 660 million parcels during the holiday, almost three times more than the same period last year, data from the Ministry of Transport showed.

Diesel consumption in China was up about 10% over the first two months of 2021 compared with the same period in 2019, according to SIA Energy. In India, sales of the fuel in the first half of March were 7.4% higher than a year earlier, according to preliminary data from officials with knowledge of the matter.

In Europe, indicators point to diesel demand still being relatively weak. Refiners’ profits from making the fuel are less than half seasonal norms, while futures prices are in a contango structure, which points to oversupply.

However many potholes lie in the road out of the pandemic, as long as more people keep getting vaccinated and start to reclaim their former lives, the direction of travel for the oil market is clear.

“The part of people’s lives that has been missing has been going places and seeing scenery other than the inside of their house,” said Raoul LeBlanc, an analyst at IHS Markit. “They will want to get out, and that means travel, which means oil demand.”