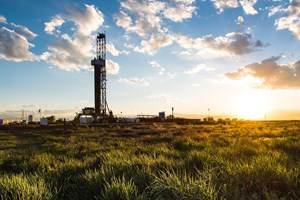 Shale economics are proving to be a tough sell in equity markets.

(Bloomberg) --If the first initial public offering of a U.S. shale driller in four years is any indication, Wall Street is still souring on the U.S. oil and gas patch.

Even a natural gas explorer backed by private-equity giant Blackstone Group Inc. couldn’t raise the capital it had expected. Vine Energy Inc. sold 21.5 million shares for a total of $301 million, according to a filing with the U.S. Securities and Exchange Commission on Wednesday. It had planned to raise as much as $361 million.

The IPO miss underscores how much investor appetite for the cash-intensive shale industry has waned after years of poor returns and a pandemic-driven market crash in 2020. While oil and natural gas prices have rebounded since last year, Wall Street has little interest in seeing a shale boom once again. The chiefs of America’s shale giants have been exercising caution and preaching self-control in calls with analysts over the past several weeks.

“Vine being able to complete the IPO, that in itself is a victory,” said Ed Hirs, an economics professor and energy industry expert with the University of Houston. “The U.S. shale plays have not had any returns over the past 10 years. Vine was swimming upstream.”

Vine has certainly had better luck than several shale explorers that went bankrupt or have been completely shut out of equity markets, while banks cut their credit lines.

But to get the deal done, Vine had to take a lower price than sought, while Blackstone and its affiliates stepped in with a $60 million purchase.

The planned price range was $16 to $19 apiece, but the shares went for $14. So, Vine also sold a bit more than the 19 million shares it had intended to offer to partly offset that.

The Plano, Texas-based driller focused on the natural gas-rich Haynesville formation of northern Louisiana said it plans to use part of its roughly $281 million of net proceeds to pay down debt, according to the filing.