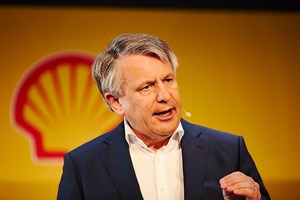 LONDON (Bloomberg) --Royal Dutch Shell will not raise salaries for most of its employees this year, according to people with knowledge of the matter, as it looks to save cash amid an overhaul of the company.

In a note to staff, Chief Executive Officer Ben van Beurden wrote that while the company had previously told employees to have low expectations for salary increases, most wouldn’t get a salary increase this year.

Shell is starting one of the biggest reorganizations in its history as it pivots from a century-long structure that prioritized oil and gas production. There will be as many as 9,000 job losses over the next two years, with cuts already announced in The Netherlands, the UK and Malaysia. A second round of voluntary redundancies is also underway, Van Beurden said last week.

He reiterated that their would be no bonus payments for anyone in the company, the people said. In July, Chief Financial Officer Jessica Uhl told analysts that halted bonus payouts would save the company about $1 billion. Van Beurden’s note did not say if bonuses for traders, which can often be hefty, would be affected.

The Anglo-Dutch oil giant reported disappointing end-of-year earnings as the impact of the coronavirus continued to hit fuel sales and refining margins. The pressure to turn greener has forced companies toward clean-energy projects which typically have lower returns than oil. That is forcing them to keep a tight rein on expenditure.

Still, Shell will continue to reward shareholders. In a statement outlining it’s energy transition path on Thursday, the company reiterated its commitment to raise the dividend by about 4% each year. It will also start share buybacks once net debt falls falls to $65 billion.