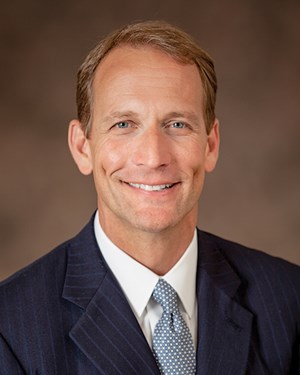 (Bloomberg) --Chesapeake Energy, the once-iconic energy explorer that helped ignite the American shale-gas boom, is emerging from bankruptcy protection a shadow of its former self. And in a way, that’s just fine with its boss.

“Shale has been marked by growth, and growth for all the wrong reasons,” Doug Lawler, the company’s CEO, said in an interview. “What we see going forward is a new era for shale.”

The driller exited Chapter 11 protection on Tuesday. Long gone is co-founder and ex-CEO Aubrey McClendon, who died in 2016, three years after he was forced out in a Carl Icahn-led boardroom revolt. Also consigned to history is Chesapeake’s spot in the pantheon of premier U.S. energy producers like Exxon Mobil Corp. and Chevron Corp. The company lost most of its acquisitive swagger as it grappled with the fallout of ill-timed deals that saddled it with a crushing debt load.

These days, Chesapeake is slimmed down, chastened and looking to make its way in a shale industry that has gone through a painful evolution. Lawler, who’s led the company since 2013 (and who says bankruptcy could have been avoided if it wasn’t for 2020’s oil price crash) has overseen a reduction of 90% of its workforce. Just last week, the company made another round of job cuts at its Oklahoma City-based campus, and moved to redevelop the expansive site, much of which is now surplus to requirements.

Chesapeake is also pledging to produce free cash flow, an increasingly common mantra in shale, which has been heavily criticized by shareholders for prioritizing production growth over investment returns. Their opprobrium is understandable: In the past decade, the sector saw more than $300 billion in losses. Lawler, 54, said shale’s cash-burning days are done.

“They’re absolutely over,” he said. “The investors and market demand it. It demands that we return more cash to shareholders and that we have greater discipline in our business. It also demands improvements in ESG.”

Lawler, a former chief of overseas exploration at Anadarko Petroleum Corp., dismantled the cult of personality that had prevailed at Chesapeake even after McClendon’s departure and instituted an austere, no-nonsense focus on financial returns. Under his tenure, Chesapeake cut its debt by more than half.

But the turnaround was too little and too late given the demands on the company’s cash by debtors just as the pandemic paralyzed economies -- and energy consumption -- around the globe. Chesapeake sought bankruptcy protection in June, shouldering more than $9 billion in debt.

The filing came just months after the company refinanced billions in debt. During the case, noteholders and other unsecured creditors claimed Chesapeake was undervaluing much of its undeveloped real estate and demanded a higher payout.

U.S. Bankruptcy Judge David Jones sided with the company and approved Chesapeake’s reorganization plan over the committee’s objection. But Jones did find that Chesapeake was worth about $5 billion, hundreds of millions more than the company’s estimate.

Still carrying $1.27 billion of debt, the fracking pioneer is exiting Chapter 11 with energy markets looking a bit better than they did a year earlier. Oil has rallied in 2021 after Saudi Arabia cut production, while in gas, U.S. stockpiles are forecast to end the winter at below-normal levels because of frigid weather and robust overseas orders.

But Chesapeake is also re-entering the sphere of publicly traded drillers without many of the assets and in-house experts that previously it could call upon. Not only did Chesapeake auction off premier gas fields in an unsuccessful bid to stay afloat, but it dismissed many geologists, engineers and physicists who were among the world’s most-experienced shale specialists.

Despite the job cuts, the company’s multi-generational workforce has sufficient expertise to maximize the value of Chesapeake’s asset base, spokesman Gordon Pennoyer said.

Chesapeake plans to use $1.3 billion of fresh financing to focus on gas drilling in Pennsylvania’s Marcellus Shale and the Haynesville region of Louisiana. The company is also pledging to eliminate flaring -- the intentional burning off of excess gas at remote well sites -- by 2025 and to achieve net-zero greenhouse-gas emissions by 2035.

“What’s clear from the development plans, is that Chesapeake will become a natural gas growth company anchored by the Marcellus and Haynesville while the oil assets are harvested for free cash flow,” Josh Silverstein, a Wolfe Research LLC analyst, wrote in a note to clients.