Op-Ed: Setting the record straight on efforts to prepare for next Texas weather emergency 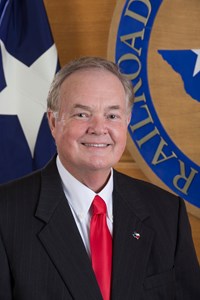 Recently, there have been several reports inaccurately portraying the efforts of the Railroad Commission of Texas (RRC) to ensure that oil and gas operators are prepared to operate during the next weather emergency. I would like to set the record straight.

Last February’s facts. From the beginning of last February’s winter storm to its end, the Commission coordinated with the Texas Division of Emergency Management, the Public Utility Commission of Texas (PUC) and the Electricity Reliability Council of Texas (ERCOT) to assist natural gas producers in accessing their wells and restoring power to their equipment.

The Commission also enacted an emergency order prioritizing natural gas for human needs. As a result, 99.5% of natural gas utility customers maintained gas service for the duration of the storm, ensuring many Texans had the ability to heat their homes and cook food.

Legislation and other actions. Immediately after the storm, the Commission worked with ERCOT and the PUC to revise a form that natural gas producers could submit to electric utilities and ERCOT, so their power will not be shut off during the next weather emergency. Furthermore, the Commission spent its summer working with the PUC, implementing Senate Bill 3 and House Bill 3648—key pieces of legislation intended to alleviate or mitigate many of the problems that arose during the winter storm.

These bills include strict deadlines for the Commission to make rules that, in conjunction with rules issued by the PUC, will determine which oil, gas and pipeline facilities must be prepared to operate during a weather emergency. They also help establish best practices for how those facilities should prepare. The Commission’s portion of these rules has been published in the Texas Register and are currently open for public comment.

Much of the language used for the proposed rules comes from legislation written by the Texas Legislature and signed by the Governor (Greg Abbott). The RRC is not freelancing nor creating loopholes for industry to “slither through.” An October 7th Texas Tribune article stated that the Commission “…was acting in accordance with a law passed by this Legislature earlier this year…”

Committed to solutions. We are listening to all parties when developing these rules and welcome comments from everyone. It’s easy to point fingers at a political party or the oil and gas industry, but it’s much harder to find solutions to make people’s lives better. That is what I, as Chairman of the Railroad Commission of Texas, am trying to do.

Let’s set the record straight: The Commission is committed to ensuring that our oil and gas sector is well-prepared for the next weather emergency by working hard, and working together, to find solutions that ensure Texas homes, businesses, and gas-fired electricity generation facilities have the gas they need. Period.