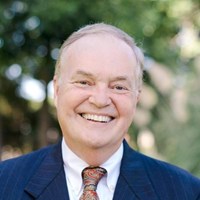 HOUSTON (Bloomberg) --Texas’s main oil regulator has been prohibited from waiving environmental rules and fees, a measure adopted to help drillers cope with the pandemic-driven slump in crude prices.

The decision by a state judge means that the Railroad Commission of Texas will not be able to enforce a series of emergency rule-waivers announced in May. District Court Judge Jan Soifer faulted the agency for failing to give the public adequate forewarning, according to a ruling handed down on Thursday.

Soifer’s order will remain in effect until a suit by accountability watchdog Public Citizen is heard, or the regulator posts proper notice, the judge said. The Public Citizen case is set to be heard in May.

At a May 5 meeting, the Railroad Commission passed rules that waived fees, extended deadlines for environmental clean-ups and expanded the types of locations where companies could store crude. Public Citizen said the suspension of such rules was unlawful and amounted to a “handout to the oil and gas industry” at the expense of public health and safety.

Chairman Wayne Christian said at the May meeting that the regulatory relief was designed to help operators through an unprecedented collapse in oil prices. He thanked operators for suggesting what rules needed to be changed.

The Railroad Commission didn’t immediately respond to a request for comment.