Qatar builds its 2021 budget on $40 oil, below market projections 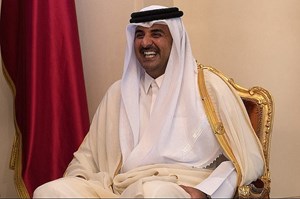 (Bloomberg) --Qatar will base its budget on an oil price of $40 a barrel, below what markets expect, as the gas-rich Gulf nation seeks to reduce the impact on its finances, according to its ruler.

Early results show that the budget deficit for the first half of the year is 1.5 billion riyals ($406 million) despite expectations it would be much higher, he said.

At the beginning of the year, the government planned to run a slight surplus on the assumption that oil would average $55 a barrel, and the International Monetary Fund predicted an even rosier outlook.

But Qatar, which has faced a trade and political boycott by three of its Gulf neighbors since 2017, has had to prop up businesses and guarantee wages during the coronavirus pandemic with its revenues diminished by the collapse in energy prices. Still, the wealthy peninsula has managed the economic headwinds better than others in the region thanks to massive fiscal buffers.

Brent is expected to average $48.90 a barrel next year and $50 in the final quarter of 2021, according to the consensus of analysts surveyed by Bloomberg.

Qatar’s economy had its worst performance since at least 2012 during the second quarter amid lockdown measures to combat the coronavirus. The IMF projects gross domestic product will fall 4.5% this year, the smallest contraction among Arab Gulf states.

Qatar’s budget deficit is projected to equal 7.2% of gross domestic product this year, according to a Bloomberg survey of five economists whose forecasts varied widely.

In his speech, the emir said the first elections to the Shura Council in more than 15 years would be held in October 2021. The body advises on the country’s budget and can propose legislation, but the the emir retains the final say over policy.

The constitution allows for Qataris to elect two-thirds of the council’s 45 members, while the emir can appoint the remaining 15.