OSLO – The Norwegian Petroleum Directorate’s preliminary production figures for August 2019 show an average daily production of 1.647 MMbbl of oil, NGL and condensate, which is a decrease of 67,000 barrels per day compared to July.

Average daily liquids production in August was 1.353 MMbbl of oil, 267,000 bbl of NGL and 27,000 bbl of condensate. Oil production in July is 3.9 percent lower than the NPD’s forecast, and 3.7 percent below the forecast so far this year.

The NPD report states production in August was below forecast due to technical problems and maintenance work on some fields. 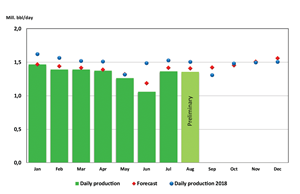 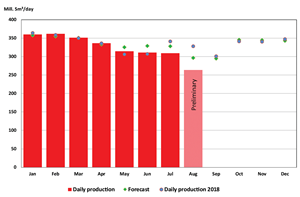 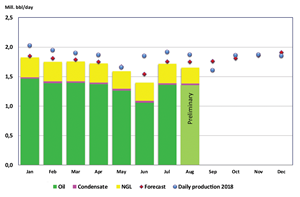