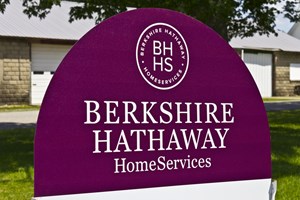 “Before this announcement came out, my opinion was that Chevron would have to increase their bid to be competitive,” said Bill Nygren, chief investment officer at Harris Associates LP, which manages $120 billion and holds about a 3% stake in Anadarko. “I think at this point you would consider Chevron’s bid dead.”

More from the Anadarko deal: Berkshire Hathaway commits to $10 billion equity investment in Occidental to finance acquisition of Anadarko

A representative for Anadarko didn’t immediately respond to a request for comment. Chevron spokesman Kent Robertson said the company’s offer “provides the best value and the most certainty to Anadarko’s shareholders.”

Berkshire will receive 100,000 shares of preferred stock in Occidental, according to a statement Tuesday. Buffett’s intervention comes a day after Anadarko agreed to serious negotiations with Occidental despite having accepted a lower offer earlier this month from Chevron.

Some analysts had suggested Occidental would be rebuffed because of concerns that its proposal was too risky, given its smaller size relative to Chevron, and that it would pay with its own stock, which could decline in price once a deal was announced.

But that all changes with Buffett’s support, Nygren said.

“This pretty much eliminates concerns that there’s too much equity in the deal, that the stock would crater if this deal would happen,” Nygren said. “Buffett’s like a Good Housekeeping stamp of approval.”