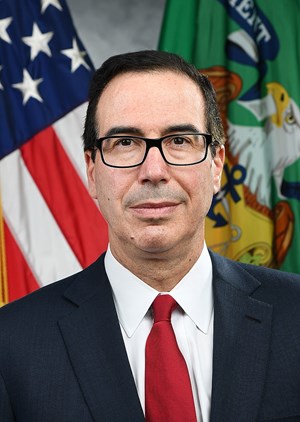 “We’ve been turning the heat up on the regime,” Mnuchin said Wednesday, touting the effectiveness of fresh sanctions that President Donald Trump’s administration imposed Jan. 28. “I think they’re working.”

The U.S. has struck the “right balance” to meet U.S. market needs and all options and "are on the table" going forward, Mnuchin told reporters outside the White House. Venezuela’s oil exports fell to a 10-month low in January following new sanctions on the nation’s state-owned oil company Petroleos de Venezuela SA that effectively block Maduro’s regime from exporting crude to the U.S.

The move ratcheted up pressure on Maduro to cede power to National Assembly leader Juan Guaido, who the U.S. and European allies have recognized as Venezuela’s rightful president.

Oil companies still scrambling to find alternative supplies of heavy crude -- and raising the specter of production cuts -- have privately argued the administration has not found the right balance nor approved options that would help relieve pressure on refineries. For instance, Treasury officials rejected refiners’ pleas to allow them to complete oil transactions that were contracted before sanctions were imposed without paying into a special account walled off from Maduro.