HOUSTON -- AFGlobal Corporation announced that Curtis Samford, the Company’s COO, will assume the role of president and CEO of the Company. Samford succeeds Gean Stalcup who has served in this capacity for the past five years. Stalcup has been named chairman of the board for AFGlobal. 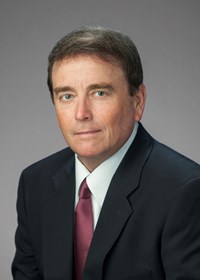 Curtis Samford has been named president and CEO of AFGlobal.

Samford joined the company in 2012 as president and was later promoted to COO in July 2013. Samford began his career in the oil and gas industry more than 30 years ago as a field engineer for Dresser Atlas. Over the course of his career, he has held escalating positions of responsibility for Shell Oil Co., Alcoa, and Precision Castparts.

“AFGlobal has experienced a tremendous level of growth over the past several years, and I am honored to continue my term of service to this great organization,” commented Curtis Samford, president and CEO. He continued, “Managing this growth against the current state of the oil and gas industry will require a long-term vision and focused execution. With the support of Gean and our board and the dedication of our management team and employees, we will continue to build better, more efficient solutions for our clients.”

“I am proud to hand the reins of the AFGlobal organization over to Curtis, who has been a dedicated leader within the company for some time. AFGlobal continues to be a market leader in its field, providing innovative, solution-oriented products and services. I look forward to working with Curtis and the rest of the team to position AFGlobal for continued success,” stated Gean Stalcup, who will remain involved with the company as chairman of the board.

“On behalf of the Board of Directors of AFGlobal, we would like to thank Gean Stalcup for his ingenuity and effort in making the company the business it is today. We look forward to working with Gean as chairman and Curtis in his new role as CEO and are excited about the prospects for the business under their leadership,” commented Jeff Quake, managing director of First Reserve.