Executive Viewpoint: Oil and natural gas must be part of the conversation

In this time of continuing uncertainty, one thing is certain: a healthy oil and natural gas industry is good for America—bolstering the economy and national security.
Jeff Eshelman / Independent Petroleum Association of America

On Sept. 1, I officially took on the new role of President & CEO of the Independent Petroleum Association of America (IPAA). IPAA was founded nearly 95 years ago, and in this tumultuous time, it’s my belief that the association’s efforts are needed now, more than ever. 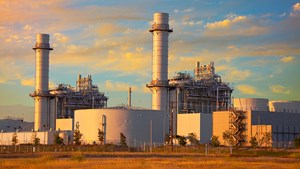 I’m honored to have the opportunity to step up to the plate and go to bat for our industry. I’ve worked in oil and natural gas for more than 25 years, including founding IPAA’s Energy in Depth (EID), the industry’s rapid response, research and communications coalition, in 2009. With my colleague, Dan Naatz, IPAA’s Chief Operating Officer and Executive Vice President, I’m working closely with the IPAA board to support a smooth and organized transition that builds on our association’s efforts to advocate for independent producers in Washington and provide member value through facilitating capital raising, business development and educational opportunities.

What our industry provides is critical. In this time of continuing uncertainty, one thing is certain: a healthy oil and natural gas industry is good for America—bolstering the economy and national security. Increased natural gas production also has benefited our environment, by making America a leader in global emission reductions and providing the nation with its cleanest air in 20 years. The United States’ dominance in oil production has made us the envy of nations—reducing our reliance on foreign and unstable countries while reducing our trade deficit and helping our world allies. And our growing role in international natural gas markets has proven important to global energy security.

But make no mistake—the industry and all its important benefits are at risk. The Biden Administration’s attacks on American oil and natural gas producers have been relentless. The President and the Democrat leaders who control the House and Senate want to shackle our industry with new taxes, increase regulations while limiting access for oil and gas development. President Biden and his allies in Congress seem determined to stop the energy renaissance that America has enjoyed over the last decade.

Obstacles to production. Now, as the United States and the world face an energy supply disruption brought on by Russia’s brutal invasion of Ukraine, the Biden Administration is imploring America’s oil and gas producers to raise output.  From Secretary of Energy Jennifer Granholm to a whole host of other officials in the administration, the simple answer is for our members to drill. Secretary Granholm’s response further shows how the Biden Administration continues to play politics with American energy policy. Exploring and producing oil and gas on federal, state and private lands is a highly regulated and complex process.  The Secretary’s response ignores the fact that America’s independent producers face enormous difficulties securing labor and supplies to commence operations. Despite Secretary Granholm’s efforts to have Americans look the other way, the Biden Administration’s unrelenting attacks on our industry have had a detrimental impact on our nation’s energy security.

Rather than attack American oil and gas producers, the Biden Administration should look at the facts.  According to the Environmental Protection Agency’s 2021 Greenhouse Gas Inventory, U.S. methane emissions continue a downward trend from 2005 levels. In fact, total U.S. greenhouse gas emissions continue to decline despite increased production and consumption of natural gas. Our industry is committed to reducing leaks and improving pipeline infrastructure. Initiatives like The Environmental Partnership bring companies together to discuss best practices, to improve the industry’s environmental performance. American producers are taking the right steps to produce energy more cleanly, safely and reliably.

The IPAA has submitted extensive comments to the Interior Department, EPA, FERC and various other federal regulatory agencies, outlining regulatory reform measures that would help increase access to America’s oil and gas resources. There is a need for enacting reasonable reforms to the “National Environmental Policy Act” (NEPA) and to look for opportunities to delegate federal authority to state regulatory agencies. It is clear the current program governing oil and natural gas activities on federal lands is broken. Instead of working with IPAA and our members, the Biden Administration seems committed to hindering safe, continued development of America’s mineral resources.

What else can be done to address these challenges? First, we must encourage capital investment and dial back activist pressure to divest from oil and natural gas production. Second, business thrives where there is a predictable landscape. Federal, state and local government must streamline ordinances, so producers have a predictable market in which to operate. Third, we must remove the hurdles for pipeline projects and allow abundant natural gas supplies to reach customers in the cleanest, most efficient method available. Fourth, regulators should develop and greenlight new infrastructure projects to meet growing demand.

These solutions won’t immediately solve all the questions surrounding the world’s energy challenges. However, they make for a good starting point. Now is the time to protect our future in a holistic way that considers economic and national security and environmental implications.

It is time for the Biden Administration to look at American oil and natural gas as a partner in efforts to address our nation’s energy challenges, not the enemy. IPAA members understand we aren’t the only solution to questions surrounding American energy, but we must be part of the conversation.

Our members have never faced such an arduous challenge from politicians, the media and academia, and this next chapter will undeniably be tough. The IPAA board and staff are proud to work on our members’ behalf, for this industry and for our country.

Jeff Eshelman was officially named IPAA President & CEO on Sept. 1, 2022. Previously, he served as COO, overseeing the public affairs and communications, administration, membership, IT and finance departments. In 2009, he founded Energy in Depth, the industry’s rapid response, research and communications coalition.

About the Authors
Jeff Eshelman
Independent Petroleum Association of America
Jeff Eshelman is IPAA’s senior V.P. of operations and public affairs, and also the founder and executive V.P. of Energy in Depth, the industry’s national rapid response, research and education campaign. He has worked in various capacities at IPAA for nearly 20 years and also supported the communications programs of the Petroleum Technology Transfer Council and the National Stripper Well Association. He is an honors graduate in political communications from The George Washington University.
Related Articles FROM THE ARCHIVE