The mid-term elections did not provide enough difference to form the basis for a change in U.S. energy policy status quo. The GOP House majority will curb the worst of White House policy threats, but some blunders may get through.
David Blackmon / Contributing Editor

The first thing that is quite clear from the outcome of the November mid-term elections, which saw Democrats retain a narrow majority in the U.S. Senate and flip three governor’s offices, is that voters seem fine with the energy status quo in America. That seems a quite amazing conclusion to reach, given all the upset over gas prices that took place last spring through early summer, but it is hard to draw any different lesson from the election’s outcome.

The conventional wisdom held that the high gasoline prices at the pump that have done so much damage to President Joe Biden’s public approval ratings would translate into Republican gains in Congress, governorships and state legislatures. None of that materialized, save for the GOP’s gaining a tiny majority in the House of Representatives.

A VOTE OF CONFIDENCE FOR BIDEN?

Biden’s decision to pump hundreds of millions of barrels of oil from the U.S. Strategic Petroleum Reserve (Fig. 1) onto the global market, in an effort to mitigate gas prices, may have done untold harm to America’s level of energy security, but the visual of his “doing something” to help gas consumers obviously benefitted Democrats at the ballot box. The old political adage holds that consumers tend to vote their pocketbooks, and consumers of gasoline are no exception. 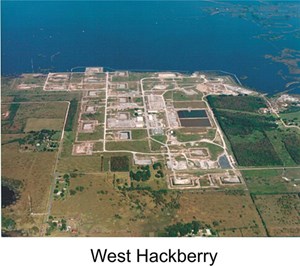 Fig. 1. President Joe Biden will likely be tempted to use the Strategic Petroleum Reserve again, as a means of curbing high oil prices in the U.S. Image: U.S. DOE.

Many observers had assumed that most voters would understand that, despite the fact gas prices at the pump dropped substantially in the months immediately prior to the election, they remained well more than $1/gal higher than when Biden assumed office in January 2021. But the attention span of the average American voter is far too short to make such logical connections across more than a few weeks at a time, especially with the daily barrage of rank propaganda that comes at them every day from the nation’s news media.

Similarly, while many energy and political observers chuckle at the Orwellian nature of the title chosen for Biden’s and Senator Joe Manchin’s (D-W.Va.) green energy and social spending bill—the “Inflation Reduction Act (IRA)”—it is quite apparent that few voters had any similar reaction to that piece of legislation.

That should really surprise no one. After all, what voters hear about the IRA from the mainstream news media is that the bill provides incentives (the media are always careful not to use the word “subsidies,” as they apply to “green” energy) for “green” energy, and that “green” energy is inherently good. Thus, the new law must also be good, even though it will certainly cause more, not less, inflation.

All of which means that it would be unwise to expect any real change in the direction of domestic energy policy in the coming two years. Certainly, the White House has no incentive to change tactics or direction. When asked by reporters what he plans to change in the wake of the elections, Mr. Biden answered “nothing,” and he should be taken at his word.

Given the inextricable inter-relationship between energy and government policy, what this will mean for U.S. consumers is more of the same. Wind and solar power generation will continue to expand, and the pace of their expansion will accelerate, thanks to the array of new incentives and subsidies contained in the IRA and last year’s Bipartisan Infrastructure Law (BIL).

RISING INSTABILITY IN THE POWER SECTOR

This expansion will happen, regardless of rising instabilities in the nation’s various regional power grids, as grid managers are forced to integrate and try to manage an ever-rising percentage of intermittent energy into their daily mix. Warnings of increasing instability from grid managers like the one issued in November by the Western Electricity Coordinating Council (WECC) will simply fall on deaf ears, as public officials continue to prioritize signaling their virtues about meeting climate change goals over the provision of affordable and reliable electricity to their constituents.

"If nothing is done to mitigate the long-term risks within the Western Interconnection, by 2025 we anticipate severe risks to the reliability and security of the interconnection," WECC said in its annual assessment. But policymakers concerned about their next re-election campaign will look at the outcomes in these mid-term elections and simply advise the grid managers to deal with it as best they can.

We see a similar dynamic taking place, even with the grid in Texas, where well over 90% of new generating capacity added over the last two years has come not from natural gas or other much-needed dispatchable thermal generating capacity, but from much more virtue-signal-worthy solar power.

Yet, as another winter started to set in, one big question remained on the minds of many Texans: Will the grid managed by the Electric Reliability Council of Texas (ERCOT) hold up, should another major winter storm freeze most of the state, as Winter Storm Uri did in February, 2021?

Almost two years after more than 200 Texans perished during that Big Freeze, ERCOT officials admitted in December that, while improvements have certainly been made, the answer to that ultimate question remains in doubt. “There is a scenario, where under the most extreme conditions, there is not enough power. That is not acceptable,” acknowledged Pablo Vegas, the new CEO of ERCOT during a press conference. “We’re not trying to underplay it at all. It does reflect a very low probability scenario, so we want to be clear on what it is.”

The answer, sadly, is that Republican state officials in Texas seem every bit as dedicated to virtue signaling about the joys of intermittent wind and solar power as are the Democrats, who have turned California’s once-stable, modern energy grid into something resembling that of a typical third-world country. Nothing in the results of the mid-term elections seems to have provided any incentive for that reality to change.

WITHER THE OIL AND GAS INDUSTRY?

For the domestic oil and gas industry, these mid-terms almost certainly mean the President will feel more emboldened to act on his most aggressive impulses, where their business sector is concerned. Executives and regulatory compliance experts across the industry are wisely preparing for the next two years to become a federal regulatory assault on their companies, as agencies emboldened by these election results will rush to enact their respective agendas in advance of the 2024 presidential election cycle.

The existence of the GOP majority in the House will dampen the ability of Biden and congressional Democrats to continue enacting their big-spending legislative agenda. But no one should expect them to abandon those efforts entirely. Expect, for example, a more concerted effort to force votes on a new Windfall Profit Tax, if only to put Republicans in the defensive posture of having to take up for “big oil.”

Senator Joe Manchin’s vaunted permitting bill was given another bite at the apple in mid-December, but very predictably failed again to gain enough votes in the Senate. The failure of Congress to act, to streamline the government’s Byzantine permitting strictures, will serve to help bureaucrats and the environmentalist lobby, with whom they coordinate to continue holding up new pipeline projects. Such projects are much needed, as bottlenecks in pipeline takeaway capacity continue to restrict growth in the Marcellus and Permian regions, Fig. 2. 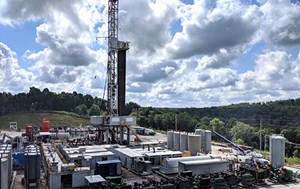 Fig. 2. Bottlenecks in pipeline takeaway capacity continue to restrict growth in the Marcellus shale, and they could put a cap on drilling for gas in the region, if the problem is not solved. Image: CNX Resources.

Biden has repeatedly made it crystal clear that he wants “no more drilling”—as he stated to a New York audience in November—and he has consistently shown that he should be taken at his word, where such promises to restrict oil and gas are concerned. But the presence of the GOP majority in the House will almost certainly force the tabling of the Biden legislative agenda through 2024 for all practical purposes.

But that will provide scant comfort to producers of fossil fuels in the United States. The Biden regulatory agenda is already in full bloom, and the hundreds of billions in incentives and subsidies contained in the IRA and the BIL will work to ensure the great preponderance of energy-related capital continues to flow away from fossil fuels and into new green energy projects.

Leaders and senior executives in the oil and natural gas business have had to take on the thankless role of managing their industry’s decline for some years now, since at least 2009. Unfortunately, the verdict of the voters in this year’s mid-term elections seems to be that they shouldn’t expect the nature of their roles to change appreciably anytime in the near future. WO

About the Authors
David Blackmon
Contributing Editor
David Blackmon is a managing director of FTI Strategic Communications, based in Houston. Throughout his 33-year, oil and gas career, he has led industry efforts to develop and implement strategies to address key issues at the local, state and federal level. His stops along the way include stints with The Coastal Corp. Tesoro Petroleum, Hughes Texas Petroleum, Burlington Resources, Shell and El Paso Corp.