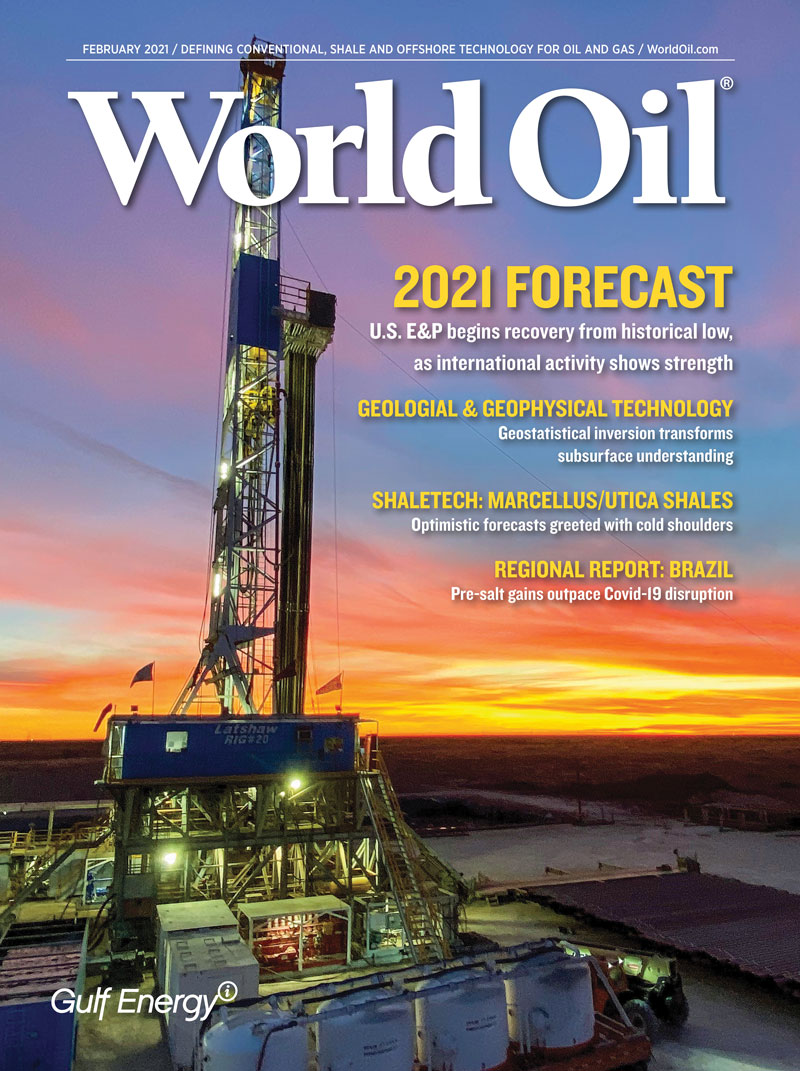 Dr. Roger Bezdek
On his first day as President, Biden recommitted the U.S. to the Paris Climate Agreement, rescinded the construction permit for the Keystone XL oil pipeline, and ordered federal agencies to begin reinstating over 100 environmental regulations rolled back by Trump—including ones governing methane leaks from O&G wells and greenhouse gas (GHG) emissions from vehicle tailpipes.

Robert Curran
The oil and gas business had an exceedingly difficult time in 2020. There are signs that activity may be improving, but it’s hard to compare against a year that felt like rock bottom, and to forecast in the shadow of a pandemic.

James West
Worldwide E&P expenditures should increase 6.8% in 2021, recovering partially from a 25.3% collapse in 2020. The first coordinated global upturn since 2018 will be led by a stronger rebound in select International regions.

Craig Fleming Kurt Abraham
A meaningful recovery in U.S. drilling activity during 2021 will be hampered further by President Biden’s Executive Order that indefinitely blocks new leases and drilling permits on federal lands and waters for up to a year.

Staff
Despite an historically low, 54% decline in drilling activity, U.S. oil production was down just 7.6% on a year-over-year basis, averaging 11.318 MMbopd in 2020. The loss in U.S. output could have been more drastic, but OPEC+ did a masterful job of curtailing production during the year to support benchmark prices.

Cameron Wallace
Following a tumultuous 2020, global drilling rates outside the U.S. are a bit of a mixed bag for 2021. Lingering economic effects from shutdowns and travel restrictions are impeding recovery in regions like Africa and Eastern Europe, while Western Europe and South America are finding their stride.
Features

Jim Redden
Stung by previously bullish price scenarios that were wrongly projected to sustain beyond the seasonal winter spikes, Appalachian gas producers are in no hurry to exponentially increase production, essentially brushing off improving fundamentals.

Mike Slaton
Despite a Covid-19 hit that sidelined many field operations, Brazil’s 2020 mid-year figures appeared to put production on track for another yearly gain dominated by the pre-salt.

Benjie Jenkins William de Hoop Scheffer David Ernst Molly Farber
The renewable energy boom will continue to accelerate. Oil majors are well-positioned to use JVs and alliances to build renewables businesses, but they’ll need to adapt their partnership approach to win in a low-carbon future.
Columns

Industry at a Glance