Going with the flow

Since the first hydraulic fracturing experiment in 1947, millions of frac jobs have been pumped in vertical and horizontal wells around the world.1 Yet, after more than 70 years, a single, perfect formula for stimulating a reservoir and maximizing production has not emerged.

Annual reports, investor presentations and keynote speeches often boast of the latest method or technology that will boost ultimate recoveries. Some of these strategies are vastly different from what is available, and others include slight modifications to what is commonly deployed. While each iteration incorporates lessons learned from the past, perhaps the biggest lesson of all is that there is not a one-size-fits-all solution—the optimal completion approach to maximizing production is a flexible approach.

Deploying the right completion system for a particular well or development means being flexible in picking an approach that takes into account the particular reservoir or regional differences, and then making adjustments to maximize return on investment.

Since the proliferation of horizontal wells and multi-stage stimulation during the past two decades, the number of adjustments to a completion strategy that are available to producers has grown exponentially. Some considerations include deciding between an open hole or cemented wellbore, conducting single-point entry or limited-entry stimulation, and deploying a plug-and-perf or sliding sleeve system. Within each of these high-level areas of consideration are several tools and solutions that can be adjusted, and which provide flexibility in adapting to completion trends. Some common completion trends of recent years are:

Here, we’ll explore some of the completion options associated with each of those trends that can help operators optimize stimulation programs and maximize their assets.

Over the last five years, the number of horizontal wells completed with lateral lengths exceeding 10,000 ft in unconventional plays across the U.S. has grown significantly, Fig. 1.

While longer laterals provide operators with greater reservoir coverage, it hasn’t come without challenges. One particular challenge is the effective stimulation of the toe of the well. Operational challenges and risk arise when using tubing-conveyed perforating (TCP) for the first stage of completion operations, just by the nature of the extreme distance that the tools must travel downhole. Generating enough weight-on-bit to mill out tools, post-stimulation, is another challenge that can arise when completing extended-reach laterals.

Advances in hydraulically activated toe subs (Fig. 2) have been developed to address these challenges and eliminate the need to run coiled tubing-deployed tools in the stages at the farthest depths of the well. 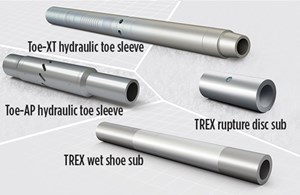 Fig. 2. With a range of functionalities, hydraulic toe subs can be incorporated into a variety of completion designs, to reduce operational risk in stimulating the first stage of a horizontal well.

The simplest solutions enable producers to deploy plugs via wireline, instead of coiled tubing, for the first stage of a plug-and-perf operation. A wet shoe sub is a hydraulically activated tool that is run just above the float collar and is activated by the landing dart to establish communication with the reservoir and commence stimulation operations. A rupture disc sub is also a hydraulically activated tool that eliminates the need to run coiled tubing to perforate the first stage in plug-and-perf completions, but it is typically run as an economic backup option to the primary hydraulic toe sleeve. If required, the rupture discs will burst at a set pressure to establish communication with the reservoir, and thus enable wireline tools to be deployed to stimulate the first stage or pump down a ball to shift the first sleeve.

Hydraulic toe sleeves, meanwhile, enable stimulation of the first stage without deploying any tools downhole. These injection/production ports use hydraulic pressure to open and create a pathway for stimulating the first stage. Versions are also available that enable the casing string to be pressure-tested before activation, satisfying integrity test requirements in certain jurisdictions.

Combining hydraulically activated toe subs with sliding sleeve technology in the lower stages of an extended-reach lateral well can further enhance the operational efficiency experienced for the first stage. Ball-activated sliding sleeves, in particular, give operators the flexibility to start the treatment process faster and can eliminate mill-out requirements at the toe of extended-reach laterals.

Fig. 3. Completion data from the Eagle Ford shale over the last 10 years is a prime example of the trend toward longer laterals and higher proppant loads, leading to higher-producing wells.

However, the same proppant that improves production—especially at high volumes—can also erode downhole tools to the point of failure, resulting in expensive remedial solutions or lower production, and potentially both.

In plug-and-perf completions, proppant eroding and enlarging perforations causes the first cluster to accept most of the fluid, while others in the same interval receive minimal or no treatment. In ball-activated sliding sleeve systems, the turbulence of fluid flow through a seat causes a slight pressure increase. This is inconsequential for one seat, but a completion string of 40 to 50 sliding sleeves can add thousands of pounds of pressure of additional friction, which is a source of operational concern. Fortunately, these issues have been mitigated specifically for both single-point and limited-entry completions by reducing fluid friction, and mitigating ball/seat and entry point erosion.

Sliding sleeves have been redesigned to mitigate cumulative fluid friction. Using computational fluid dynamics simulation, the reshaping of the internal fluid path has reduced pressure drop (and thus fluid friction) by over 60%, Fig. 4.

Fig. 4. Mitigating fluid friction in high-stage-count sliding sleeve systems has become critical to their success. A reshaping of the fluid path (old flow, top, and new flow, bottom) has proven a significant improvement.

These design enhancements have been implemented throughout Packers Plus product lines and have also lowered obstacles to stage count limitations by allowing for smaller seat increments in the StackFRAC HD-X multi-stage system and TREX limited-entry and single-point entry systems.

Production logging also has shown that only 20% to 50% of the intended fracturing targets in a perforation cluster were producing at fracture-stimulated rates.3This inefficient use of proppant leads to lower-than-expected production and lower return-on-investment. The TREX limited-entry system uses a single actuation ball to pass through multiple QuickPORT IV sleeves. These sleeves also have been redesigned with 40% fewer moving parts than previous versions, mitigating the risk of failure, due to sand buildup or erosion.

The nozzles on the QuickPORT IV sleeves are reinforced with tungsten carbide, which virtually eliminates erosion of the entry point during stimulation. The offset spacing of the nozzles facilitates even distribution of the treatment across the entry points.

Single-digit stage counts from the early days of multi-stage stimulation at the turn of the century have given way to 50-stage jobs commonly being pumped, plus experiments with wells of more than 100 stages becoming more frequent. While this growth has enabled producers to access more reservoir with every wellbore, time and costs associated with milling out actuation balls in sliding sleeve systems or frac plugs in plug-and-perf systems has grown in lockstep.

Ball-activated sleeves revolutionized well completions through continuous pumping operations. The benefits of reduced time and cost associated with continuous pumping operations in single-point entry ball-activated sliding sleeves were soon adapted to allow one ball to open multiple sleeves in a stage—mimicking the limited-entry treatment of plug-and-perf. These systems were soon developed further to work in cemented liner completions.

To complement the reduced operational time during stimulation, degradable ball technology was matched with ball-activated sliding sleeve systems to eliminate the requirement of milling out the systems, and reduce time to mill out ball seats, if desired.

Variations to sliding sleeve completion systems were later developed to provide a full inside diameter in the wellbore after stimulation, and to eliminate mill-out. Sliding sleeve completion systems activated with a shifting tool, run on coiled tubing, were one of these variations. These systems enabled a large number of stages to be completed, limited only by the reach of the coiled tubing, and typically use packers on the shifting tool to activate a sleeve and then provide isolation for each stage during stimulation.

The Packers Plus Quadrant system was reengineered recently, without packer elements on the shifting tool, to simplify operations and minimize risk of the tool getting stuck. The closeable functionality of the Quadrant sleeves reduces operational risk by enabling the subsequent stage to be opened after the previously stimulated stage has been closed. This functionality also serves as the mechanism for fluid diversion and stimulation.

While ball- and CT-activated systems enable operators to reduce completion time and cost, plug-and-perf completions remain a predominant completion method. One drawback of plug-and-perf completions is the time and cost required to mill out the frac plugs from each stage, prior to production. Early frac plug innovations focused on shortening the plugs and incorporating composite material in an effort to make milling faster, as well as create less and finer debris. Further enhancements in material science soon led to fully degradable plugs to eliminate mill-out altogether, Fig. 5. 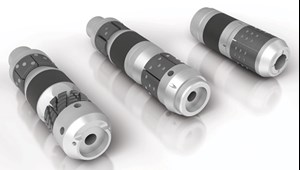 Fig. 5. Frac plug material innovations continue to reduce mill-out time or eliminate it all together in an effort to reduce overall well cost for producers.

During the past two decades, as operators continued to develop new fields, maximize recovery, and increase stage counts and treatment sizes, completion technology has evolved continuously to meet the needs of operators.

Sliding sleeve technology helped transform the completions industry nearly two decades ago, and innovation has continued steadily throughout the years to help maximize efficiency. From ball-activated sliding sleeves to cemented sleeves and coiled tubing-activated sleeves, each evolution has played a role in advancing completion capabilities by enabling treatment of longer laterals, more stages, and more proppant and fluid. Similarly, material science has helped improve the performance of frac plugs over the years, and each technology iteration provides producers with another option to develop their assets, depending on what’s determined as the optimal technology for that asset.

These technology variations and options provide producers with flexibility in developing their particular geology and taking into account completion trends, such as extended-reach laterals, high-rate stimulation, and reduced or eliminated mill-out. WO

About the Authors
Travis Harris
Packers Plus Energy Services
Travis Harris is global product line manager, Cemented Systems, at Packers Plus. He has held a variety of operational and management roles over his 30-year career in the oil and gas industry. As a technical services manager and an operations manager at large service companies, he was responsible for all daily operations in a large district.
Related Articles FROM THE ARCHIVE