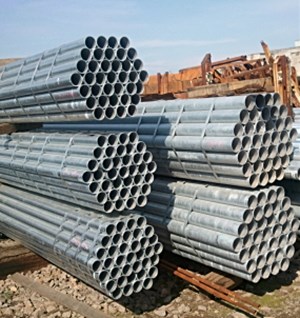 Output has fallen in April after flatlining in the first quarter, bringing the year-to-date change to -1.6% year on year.

While capacity utilization is not exceptionally high - about 80% this year - raw materials’ restrictions since Russia’s invasion of Ukraine are constraining the U.S. steel output potential, not to mention inflating domestic prices of scrap, which surged over $750 per gross ton last month.

Russia is the U.S.’s fifth most important supplier of steel, including semis, and so the broader tightness is clearly spreading downstream.

Finished product imports had been surging earlier in the year – by 48.3% year-on-year in Q1 – helping to offset reductions from both Russia and Brazil, an even more important supplier of semi-finished steels such as slabs.

However, as the crisis seems likely to endure, the reliance on Mexican semis and both Canadian and east Asian finished steel may only increase.

Signs of life in the Chinese market are slowly materializing, but exports will need to surge before we expect market fundamentals to ease in the U.S. and elsewhere.

Prices for Electric Resistance Welded (ERW) OCTG are rising in the U.S. as extreme supply tightness continues and demand increases.

U.S. mills are struggling with a severe lack of supply with no end in sight, as imports are unlikely to pick up in the short term due to restrictions and sanctions.

Most domestic mills have already closed bookings for ERW OCTG in the third quarter of 2022 and are refraining from offering fourth-quarter production offers while market fluidity persists.

We do not expect to see any supply improvement until at least the fourth quarter of this year, and possibly not until early 2023, as OCTG supply from US mills remains tight while imports will not significantly add to the supplies on the back of trade restrictions.

In response to the continuing growth in OCTG demand from US customers and rising prices, domestic ERW OCTG capacities are gradually increasing in the US.

Still, they are unlikely to make a noticeable impact until the fourth quarter of this year at the earliest.

Surging oil and gas prices together with growing international demand may stimulate the further oil and gas production increase in the US, which will, in turn, support OCTG demand.

The price correction in the HRC market in the US may push ERW OCTG producers to increase output, being attracted by rising OCTG prices, and finally bringing supply-demand balance to the market.

The U.S. will soon announce preliminary anti-dumping rules against imports of OCTG from Argentina, Mexico and Russia may also drive a quicker ramp of idled capacity.