The American Petroleum Institute (API) led a coalition of 12 national and state energy industry trade organizations in filing comments with the U.S. Army Corps of Engineers (USACE) on their ongoing review of Nationwide Permit 12 (NWP 12), expressing concern that additional changes to NWP 12 would increase uncertainty at a time when a clear, consistent permitting process is critical to building vital energy infrastructure and helping U.S. producers meet growing energy demands at home and abroad. 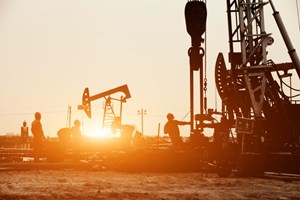 “NWP 12 is a proven process and well-defined permit pathway established specifically for projects with minimal environmental impacts,” the organizations said in filed comments. “The oil and natural gas industry depends on regulatory certainty when making long-term investment decisions for meeting the domestic energy needs of the nation and supporting our allies.”

NWP 12 and the 56 other NWPs were comprehensively reviewed, including CWA Section 404(b)(1) Guidelines and National Environmental Policy Act (NEPA) compliance analysis, during the rulemaking process in 2020-2021. Instead of reopening NWP 12 years ahead of schedule, which the comments characterize as “premature and unnecessary,” it should be reviewed again in March 2026 when all 57 NWPs expire.

“Reopening NWP 12 at this time could result in undue delays and any additional burdensome permitting processes could create uncertainty and add further obstacles to attracting investment for needed energy infrastructure and hamper our ability to address global energy needs and support our allies.  Ultimately, the added cost and delays could harm not only the project sponsor, but also could hinder access to affordable energy for everyday consumers and businesses,” the comments noted.

Comments highlighted a shared goal of reducing GHG emissions across the economy, including those associated with energy operations, and recognized “it will take a combination of policies, innovation, industry initiatives, and a partnership of government and economic sectors” to meet the climate challenge. However, other state and federal regulators are actively working to address climate issues and the USACE’s authority is limited, as the USACE itself has noted in past rulemaking.

“We ask the Army to remain committed to working in the national interest to promote the safe and clean development of the nation’s vast energy sources, and to continue to facilitate the authorization of NWPs in a timely and cost-effective manner that will serve both the USACE and the regulated community,” the comments said.