Exxon sees up to $4 billion writedown on Russian departure

(Bloomberg) — Exxon Mobil Corp. expects to take a writedown of as much as $4 billion on the Sakhalin-1 oil development in Russia as the company attempts to exit the operation following the invasion of Ukraine. 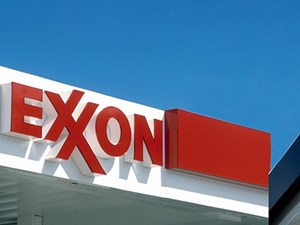 “As operator of Sakhalin, the Company remains focused on the safety of people, protection of the environment and integrity of operations,” Exxon said Monday in a filing.

Exxon decided to terminate its decades-long relationship with Russia last month due to international sanctions and what the company’s Chief Executive Officer Darren Woods described as the nation’s “needless destruction” in Ukraine.

Sakhalin-1 was an engineering marvel when Exxon first starting pumping barrels from its sub-Arctic fields in 2005. It produced some 227,000 barrels a day last year and has two ice breakers to maintain exports during the winter. But over time, Russia has become less important within Exxon’s global portfolio.

Meanwhile, the driller said higher oil prices boosted first-quarter earnings from its upstream segment by as much as $2.3 billion compared with the last three months of 2021. The rally in natural gas added as much as $400 million, according to the filing.

The oil giant said in a separate statement Monday that it made a final investment decision on the $10 billion Yellowtail development off the coast of Guyana after receiving government and regulatory approvals. The project is the fourth and largest in an area known as the Stabroek Block, and is expected to pump about 250,000 barrels a day starting in 2025.