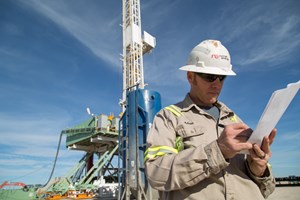 (Bloomberg) --Oil broke through a months-long trading range as expectations of tightening supplies in the U.S. compounded signs the world’s largest oil-consuming country is in the midst of a robust recovery.

West Texas Intermediate futures surpassed the $70 mark to close at its highest since Oct. 2018 after briefly touching the key psychological level earlier this week. Investors focused on the health of the U.S. market ahead of inventory data on Wednesday.

Confidence in the outlook for oil demand continues to grow as accelerating vaccinations allow people to travel more. The Middle Eastern Dubai benchmark is trading in its steepest backwardation -- a market structure that indicates supply tightness -- in almost a year after the region’s physical market had a strong start to the month.

“We’re looking for a pretty sizable drawdown in U.S. crude oil inventories, while the demand thesis keeps improving,” said John Kilduff, a partner at Again Capital LLC. “This atmosphere remains bullish, as we’re heading into a structural deficit in terms of supply versus demand.”

Crude’s advance from 2020’s collapse has stalled a handful of times this year, but prices have usually returned to an upward track as overall global demand keeps improving. The Covid-19 comeback in part of Asia and Latin America, however, is a reminder that the rebound will be bumpy.

WTI’s discount against Brent is on the move again after surging to the narrowest since November last month. With the narrowness in the spread persisting, U.S. exports may see a dip as WTI loses competitiveness.

Meanwhile, domestic oil inventories are expected to have fallen last week, according to a Bloomberg survey. That would be the third straight weekly decline if confirmed by U.S. government data on Wednesday. The industry-funded American Petroleum Institute report its figures later on Tuesday.