STAVANGER -- Wintershall Norge AS has awarded a rig contract for the Nova development to Seadrill Norway Operations Ltd who will operate the West Mira drilling rig on behalf of Northern Drilling. In addition, Wintershall has entered a long-term frame agreement with Seadrill for potential future rig needs. 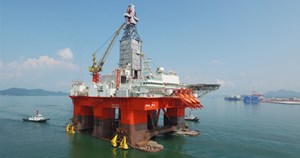 The West Mira will drill six subsea wells on the Nova field (formerly Skarfjell) starting in the first half of 2020. Wintershall Norge has options to use the rig for up to 10 additional wells on its other operated assets or for exploration activities.

“This is another major milestone for the Nova project. With the procurement of this modern rig, we now have in place one of the final pieces of the puzzle that will allow us to build this field and deliver first oil from Nova in 2021,” said Hugo Dijkgraaf, Wintershall Norge, managing director.

The West Mira is a newly built sixth generation rig designed to operate in all weather conditions. It will drill six wells on the Nova field, at a water depth of around 370 m. The contract includes incentives to reward Seadrill for efficient and safe operations.

“Wintershall Norge has high expectations for the West Mira. We look forward to exploiting its capabilities as we seek to deliver our project to the highest standards of safety and efficiency. By awarding the contract with clear and compelling incentives, we align the needs and motivations of all our major drilling contractors creating “One Team”. This approach has paid dividends for us in previous projects,” said André Hesse, Nova project director at Wintershall Norge.

Nova will be developed as a subsea tie-back connecting two templates to the nearby Gjøa platform for processing and export. Gjøa will also provide lift gas to the field and water injection for pressure support in the reservoir. Power for the Nova field comes via the Gjøa platform from shore.

Nova was discovered in 2012 and is situated in the northeastern North Sea approximately 17 km southwest of the Neptune Energy-operated Gjøa platform and about 120 km northwest of Bergen. Located in the so-called “Quadrant 35,” Nova profits from the existing infrastructure in the area. In this core region of Wintershall, the company is already operator of the Vega subsea field.